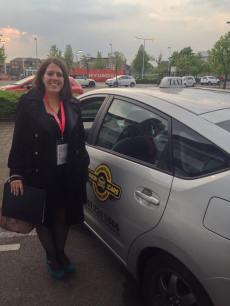 Sponsored by Justaxi more than 30 people attended the event to learn about cutting edge marketing practices and social networking theory.

With sponsored taxis picking them up from Manchester, dropping them off at the secret venue and then free food and drinks provided, the #fasterclass event proved to be a HUGE success. 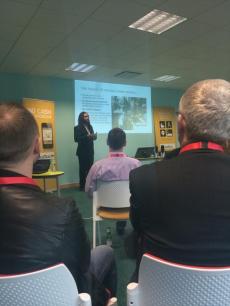 The event which is a first of it’s kind now called #Fasterclass was a nice idea I had sometime ago to change the way that entrepreneurs think and how and when they meet up. We wanted to make something which would be a logical extension of Manchester Marketing Mentors, a place to get both Mentors and Mentees, start ups and established businesses, marketing thought leaders and speakers together in one space.

Chris, James and myself, who were all mentors for Manchester Marketing Mentors were joined by Sabine Douglas from the wonderful Apadmi business in Manchester, which itself, like many of the speaker’s companies is an award winning organisation (with them going for another award tonight at the Prolific North Awards which Justaxi will unoffic 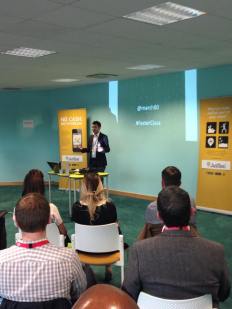 ially sponsor with “£10 off promo codes” for taxis booked to the awards from this afternoon.)

Chris Marsh, from UKFast started off as the networking speaking, talking about a subject that he loved and is passionate about – the whole idea of networking without networking. How you can network without mentioning work, how you can create relationships WITHOUT trying to sell to the people in the room.

James Welch from Online Venture Group took this a stage further and explained the science behind networking – not the practice, but the theory of what to do strategically, as he put it “What to do if you are not as gifted as Chris”.

Which was a nice tou 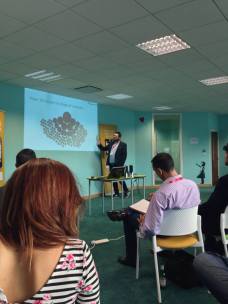 But why did Justaxi sponsor this event with money off taxis and £20 promo codes for speakers and attendees?

It is all to do with their belief in Manchester’s tech start up scene and the marketing direction of supporting the new wave of talent in Manchester as well as standing out from the crowd and doing something different in a nice way.

Which was the core topic of James Welch’s talk about networking and how to take over a city as he put it how to “Ruffle feathers (nicely)” and through sheer hard work and relentlessness of action with great service and just being genuine, naturally take over a city.

Maybe this is part of the reason why the tech leader of the Online Venture Group, got behind the event, but there are other reasons too as he said so himself…

“I wanted to share my thoughts with fellow marketing people and to test out justaxi.” He also realised that “Some events like this can be dry and devoid of information – #fasterclass was the exact opposite”.

You can see his extra comments on his blog here.

And this is what was needed in Manchester, an event, hosted in a wonderful, inspiring space, which represented Manchester and brought a few of the Manchester digital and non digital creatives together.

So after people were allowed a sneaky peak at the UKFast building and the amazing stuff they are doing there, I hoped to show how timing and digital marketing creates GREAT marketing. Which allows my clients at Justaxi to keep increasing revenue and downloads whilst also decreasing their costs – which is pretty unheard of in marketing terms.

My slides – now available on Slideshare through my Great Marketing Works Linkedin page –  hopefully showed how timing and geo location are key factors in the game which many marketeers are not using cleverly enough. With my conclusion being that

“There is a depth to ‘location’ that marketeers have yet to plumb.” 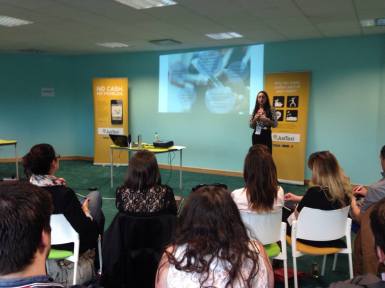 Sabine finished the first ever #fasterclass event, just after the attendees downloaded Justaxi and booked taxis home, with an great talk on the power of mobile and the role of it for all businesses.

Further strengthening the ideas of the evening and of the key speakers, with some amazing stats like: “2014 is the year that mobile devices will overtake the number of desktops globally. Infact, there are now more mobile devices than human beings. For 80% of people, a mobile is the first and last thing they look at in their day”

Which brought in the ideas of, wearables the mobile of the future, in car augmented reality, IOE integration, iBeacon technology and businesses using apps to improve their internal processes and cut down costs – which was great news as Justaxi is bringing out a corporate account part to it’s taxi booking business in the near future which would fit this model.

Sabine’s talk from award winning and Manchester based Apadmi was a great way to round off the evening. Whilst, we already have reports that Apadmi and Mobile Monday Manchester (that she also helps organise) will be working with Justaxi to transport people to the June Demo Day event which they might even be hosting at UKFast. (Unconfirmed…)

Whether or not people came by tax 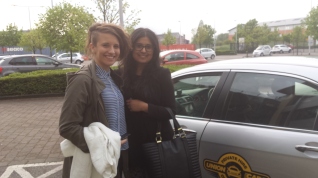 i, saving money with Manchester best taxi app Justaxi, was not the point.

A lot of people left in taxis – after the drinks courtesy of UKFast.

And as the were happily sponsored home thanks to Justaxi.

But really the point of the event was that the attendees did something different, went somewhere new, and perhaps…”Thought differently as well.”

It was a great event, with a great reaction from people to it covered by the hashtag #fasterclass.

The event is one that myself, with Justaxi am happy to support again.

As Fareed Balouch the CEO of Justaxi says “We at Justaxi are more than happy to do more for Manchester – it’s what we love doing…. and getting people the best price for a taxi in Manchester through our clever app is all part of it. “

My name is Dan Sodergren

And I am a Sensational start up speaker,

I am a motivational marketing mentor,

And I am here to help you with all your marketing needs.

Find out more about me here with my rantings